Last summer we were looking for a new driver. Our driver was twenty years old. It was a short shafted, very stiff Taylor Made Afterburner. It still hit well, but newer drivers were incredibly long and much more forgiving. The idea behind our old driver was to make it hit more like an iron, hence the short, stiff shaft. It did work, but you also didn’t get as much distance as newer drivers. You also couldn’t generate a lot of head speed. 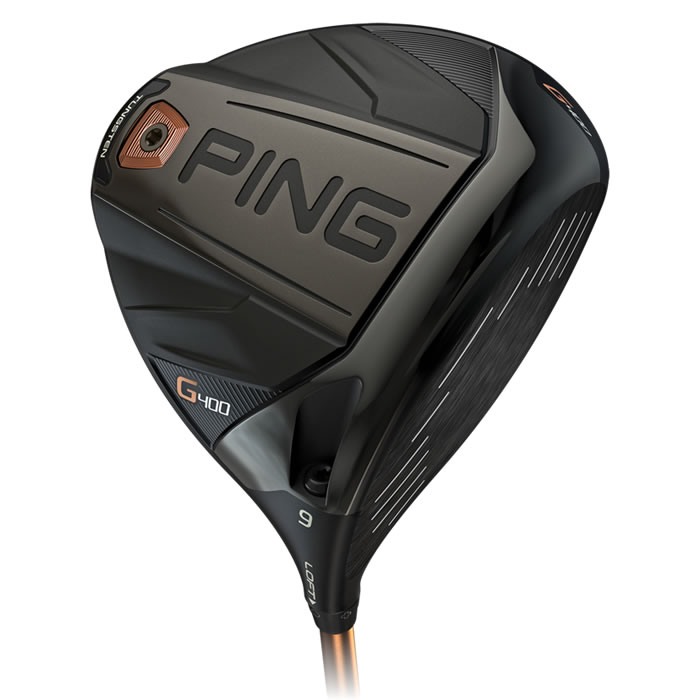 So we headed over to our local Golf Galaxy, collected every single driver in every single shaft and loft combination. Our swing speed was varying between 88-108 mph, so we tested mostly regular and stiff shafts. We didn’t care what the drivers cost, just how they performed. We used a GC2 launch monitor and began our quest for the ultimate driver.

We started with the Callaway Epics. Just couldn’t get them to hit consistently no matter what we tried. Next we tried the various Titleist offerings and still could not get any consistency. We really wanted to like Titleist so that we could match our irons, but just couldn’t get them to hit consistently. We also tried the Taylor Made M1s and M2s. They were better than Callaway and Titleist, but still not to our liking. We tried a few others, still they just didn’t feel right, didn’t hit straight enough, or were to hard to hit consistently. We were there for a good 2 hours hitting at least 20 shots with each driver.

Then the golf pro helping us handed us a new Ping G400. In fact, it turns out that was the first day they were released to the public. Stepped up to the tee and we are launching them long and straight. It was hard to believe really. Some drives going 260 yards, some going 280. There were occasional short ones going 240, but mostly very long and very straight. It was almost impossible to screw it up, but we tried. We started hitting toe shots and heel shots to see how bad we could make it screw up. The shots were off, but not as bad as with the other drivers. We were a bit shocked really.

We used the regular shafts and stiff shafts. We tried 8 degrees, 9 degrees, and 10 degrees and compared all of our shots and distances. At the end of the day, the regular shafted 9 degree lofted Ping G400 standard shaft driver gave us the most consistent results. We went back to Titleist, Callaway, and Taylor Made to try and see if we were hitting better due to swing fatigue or a change in swing because now we were warmed up and swinging better, but that wasn’t the case at all. The golf pro even adjusted the weights in these other drivers to try and match the Ping weighting and to match our swing, and it really made no difference. The Ping was just on another level.

So, we took our new driver out to the driving range, and it was a surreal experience. We haven’t hit balls that well in over 20 years of playing golf. The velocity, the speed, the accuracy, and the distance were just incredible. The balls were flying straighter, further, and more predictable than ever before. It was a very satisfying experience and very eye opening experience. We couldn’t wait to get out on a course.

The following weekend we went out with our usual friends. We actually had a group of six playing together. At the first tee, we pulled out the new driver and ripped it straight down the fairway, nearly 280 yards. the guys looked at me in awe. I was a player that never used the driver because it was so inconsistent and so hard to hit. I had played all summer with no driver, hitting 3 and 4 irons off the tee for most par 4s and par 5s. They were in disbelief but were also happy that I was finally able to hit a driver.

One of our other guys had broken his Taylor Made driver and wanted to try the Ping. He is one of the better hitters and hit it true and pure. He looked at it and was in utter shock at how well it hit and how easy it was. It was effortless. He asked about the price, and realized how cheap it was in comparison to others and went out and got fitted and bought one immediately after our round. Nearly everyone that tried the Ping that day came away with a similar attitude of disbelief and shock.

The technology packed into this driver is just unreal. The Moment of Inertia (MOI) of this Ping driver is over 9000 depending on which model you buy. All of the above named 2017 model drivers we tested had MOIs in the 3000-5000 range, with the Callaway Epic being the highest at just a hair over 5000. The higher the MOI, the better. What Ping has done is just remarkable. They have managed to nearly double the MOI of any other driver. Which is what makes it easier to hit and it travels straighter on shots that are slightly off center.

We also really the smaller head size at around 445cc. It’s smaller, so there is less drag, so it goes faster. Our fastest swings on the launch monitor were with the Ping driver. The bigger heads led to more drag and slower speeds.

The sound of the Ping driver is just incredible. Nothing sounds better than that “ping” and then the ball ripping through air. It sounds better than most other drivers we’ve tested. But we really don’t care how it sounds, as long as it hits straight and far.

Ping’s G400 driver is almost all titanium. Very few other manufacturers still have all titanium drivers. In fact, the face is forged titanium, which makes it thinner, gives it more flex, makes it stronger, and lighter. Since it’s stronger and lighter, more of the center of gravity (CG) can be moved to the back. The CG being far in the back is part of the reason why this driver hits so straight and so far.

We also like that we don’t have to adjust any weights. Those drivers with the adjustable weights just looks crazy and put too much weight forward. Too many settings, too many screws, too many things that can go wrong. No thanks. We will stick with a one piece constructed driver that already has all the weighting correct.

So we currently have the G400 standard model with a regular shaft in 9 degree loft. If we improve our swing speed, get more on-center hits, we may ultimately switch for a 8 degree stiff shaft. There is no reason to get a lower loft if you aren’t hitting it on center every time. The adjustment on the hozel lets us adjust it 1 degree in either direction, so it can grow with us if needed.

We’ve also tested the Ping in our indoor testing facility on a Skytrak launch monitor. Same results. Very far and mostly straight. Our off center hits would only be 20 yards off target, which is still very playable, and not usually in the next fairway.

Another interesting fact, as soon as this driver was released, tour pros had it in their bag. Immediately. That’s how much they trusted this driver, as soon as it was available to them, they were using it. That’s unheard of.

So do we like this driver? Yes, very much so!

If you have a driver that’s over 5 years old, go out and get fitted. But before you spend upwards of $500 on a new driver, give the Ping G400 a try. You won’t be disappointed.

If you want some scientific testing and results, check out this website too: