The Ping G400 series of hybrids are a joy to hit and just look amazing. 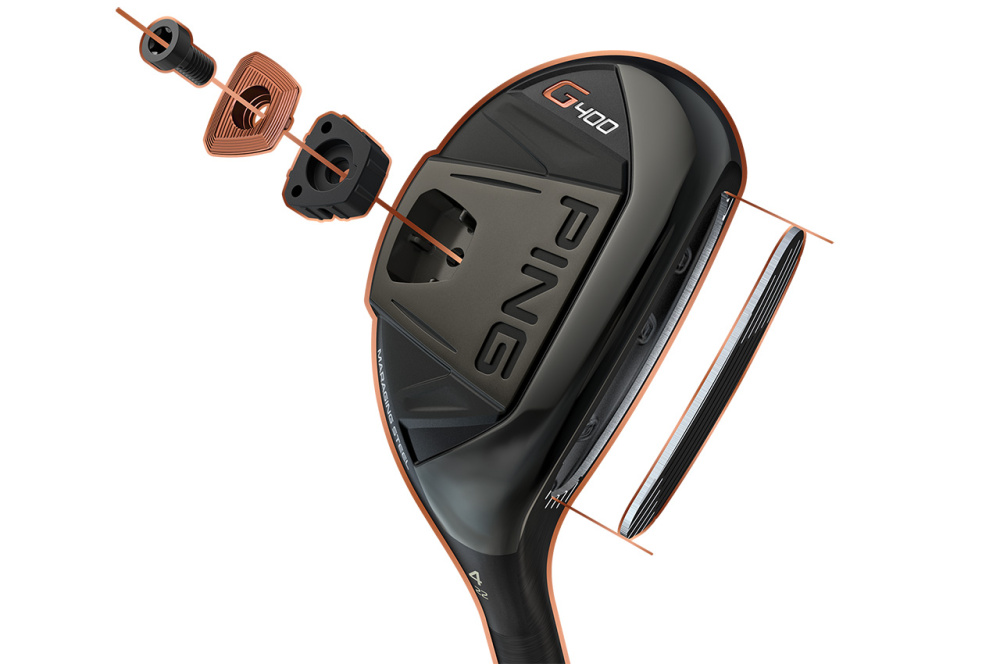 Last year, we were on a journey to find a new driver and possibly a hybrid. But definitely, a new driver. The driver we had been using was 20 years old, a Taylor Made Afterburner with a shorter, extra stiff steel shaft. It worked well for when we were not very good at golf. It hit almost like a long iron, which is part of the reason why we liked it. Our iron game was very strong and solid, while our driving game was mediocre.

We went to our local golf galaxy and tried every 2017-2018 demo driver in every loft you could imagine. We really wanted to like the Titleist drivers, but they did not hit as pure, as consistent, nor nice as the G400 driver from Ping. We tested every brand, and every loft, and ultimately settled on the Ping G400 9 degree driver. The loft can be adjusted 1 degree in either direction. Little did we know that was the first day they were available to the public. And they were not very expensive. You can read our full review here.

We played a lot of golf afterwards, hitting nice tee shots with the driver. We don’t have any other woods or hybrids. Just the driver and 3-9 irons. A lot of times on longer courses, we would be 200-220 yards out and need a club to get on the green, or at least carry to as close as possible. We didn’t have a club in the bag that can do that. Sure, a perfectly hit 3 iron might get us there, but you are asking the impossible.

A lot of times we’d borrow a friend’s 3 wood and  try to get there, but they were very difficult to hit out of rough and even from the fairway. We would end up in the water, or way off target. A lot of times, we’d resort to hitting a 5-7 iron, to get a little closer, then getting on the green. Which is actually a fine strategy, but not if you are ultimately aspiring to be a great golfer.

We asked around at various forums, talked to our golf professional and ultimately decided on trying a hybrid. Hybrids have a head that is a cross between a driver and an iron. It also has a shorter shaft, which helps it hit more like an iron.

We went back to Golf Galaxy and hit every brand of hybrid in every loft again. We used their Foresight GC2 launch monitors and saw the ball flights, the spin, the angles, the side spin, distance, carry distance and a multitude of other factors.

Again, we were really trying to like the Titleist hybrids, mainly to match our irons. And again, the Ping hybrids just beat out everything else. They just felt better, were more consistently straight, and were easier to hit. Brand loyalty has it’s place, especially if they are sponsoring you to play their equipment. but for weekend golfers, you need to have the equipment that works for you.

We ultimately settled on a 3 hybrid with a 19 degree loft, which we were consistently hitting in the 200-215 yard range. This club is ultimately designed to replace your 3 iron. It was also hitting very straight for us. We really liked that we could get to 215 yards, sometimes even 220 yards  with almost no effort.

Ping also makes G400 woods, we also really liked the 3 wood and may add that in the future. The 3 wood has 14 degrees and loft and may fill a gap in the future. On average, we hit our driver about 240 yards, hence the wood plays no role at this time. We are practicing extensively, and hope to get our drives up in the 26-280 yard range, and then a 3 wood would fill that gap nicely. There are a few times in games and on the launch monitor where we hit the driver 280+, but just not consistently enough to warrant getting another club that does the same thing, or is very close in distance.

Go to your local Golf Galaxy, Dick’s Sporting Goods, or golf professional to try out the new Ping hybrids on a launch monitor. You won’t be disappointed!