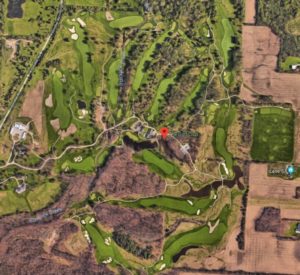 The Golf Club in New Albany, Ohio is the greatest course you will never play. Unfortunately.

The Golf Club is by our favorite course in all of Ohio! It is one of the top 100 courses nationwide and was designed to be a secluded private club just for golf fanatics. Nothing else. Just golf!

The club is also one of the most exclusive golf courses in the country. There is a $110,000 initiation fee that can be paid over 5 years, and the annual upkeep expenses are divided up amongst the 150 members, which usually ends up being $15-20,000 per year. We can’t confirm these numbers for sure, but this is what we are told.

We dislike golf courses that have fairways lined with homes. It’s very annoying actually. But we get it, these places have to make money. But nothing is more distracting and annoying than having see homes on the fairways. Fortunately, this club is different and doesn’t have to worry about that.

The Golf Club is different. It’s very secluded and very quite. It’s not crowded or full of traffic.

Another top 100 course sits on the other side of Columbus, called Muirfield Village. But it an incredibly crowded course with homes lining every single fairway. Although the homes are set aback, they are still there and still quite distracting.

Not a bad way to start a round of golf. These are the instructions that they give you as you stand on the first tee at The Golf Club. The Golf Club (ranked #48 in the world and always in the top 100 in the US) is probably the highest ranked golf course in the United States that you never heard of, and never will.

The course was designed by Pete Dye in 1967. It is a very early Pete Dye design and he used local Jack Nicklaus, then twenty-seven years old, to help him verify some of the potential shot selections as he was designing the course.

The course was the brainchild of Fred Jones, who wanted a course where he didn’t have to wait for tee times. F. Scott Fitzgerald was right when he said that the very rich are different than you and me. I have to wait for tee times and accept it as part of the game. It must be nice to have enough money to build your own course when you don’t want to wait. The Golf Club doesn’t get a lot of play, thus the local custom is to hit until you’re happy on the first tee. I have the feeling I’m going to like The Golf Club.

In his book, Bury me in a Pot Bunker, Pete Dye says, “When I began sketching ideas for The Golf Club, images of two golf courses built in the 1920s came to mind. Along with the Scottish courses and Pinehurst No. 2, the design features at Seminole and Camargo influenced many of the characteristics prevalent at The Golf Club.”

Fred Jones, an insurance salesman, became fed up with the pace of play at his local country club.  From that moment the seed was sown. He was tired of waiting. Mr. Jones began acquiring land and developing a vision. That vision would eventually lead to a pure golf club, which would own 500 acres, but only have 18 holes. This framework would provide seclusion and privacy for men whose sole desire was to play golf. period. Not tennis. And no swimming. Brilliant!

A key design element of Pete Dye golf courses is his use of railroad ties. Their use here was while Dye was just getting started as an architect and still experimenting. Dye used railroad ties on the third hole in wholesale fashion.

But more than that, The Golf Club became a turning point and the beginning of a movement. From its origination in 1967, the movement spawned by The Golf Club was the “minimalist” movement in golf course architecture.  In the height of the reign of Robert Trent Jones and his “maximalist” movement, whose main mantra was to use as much heavy earth moving equipment as necessary to make the land fit the architect’s preconceived ideas for the golf course, Fred Jones hired Pete Dye and Dye ushered in this new era.  The mantra of the “minimalists” is to let the land dictate how the golf course will take shape and the architect’s main goal is to discover the holes rather than make them.

Blacklick Creek meanders the property and comes into play occasionally. Pete Dye says, “The Golf Club has incorrectly been labeled a “links” course. I call it ‘Old English’, similar to Sunningdale and Wentworth.” The course is on relatively flat land and has wide fairways. I would agree with him that it does have more of a feel of a heathland course. The course is spread out over 360 acres on a plot of land encompassing over 440 acres. At times it feels like a park that just happens to have a golf course running through it.

The par four tenth hole has an interesting design feature, it has a slightly raised green that prevents the golfer from hitting a bump and run shot to the hole. Many holes have raised greens; this one is only about a foot high and creates a grassy transition from the fairway to the green.

Interestingly enough, Pete Dye’s future work would not fully embrace this maxim.  However, since The Golf Club’s inauguration the course is virtually unchanged.  And there is no doubt that this clearly demonstrates this style’s staying power.  And even more interesting, Mr. Dye went on to hire Tom Doak who took the initial concept provided by The Golf Club and turn this minimalist concept into an entire movement.  And Fred Jones’ course was one of the most crucial steps in this process.

There really isn’t a bad hole on the course, but the stretch of holes from twelve through sixteen are the most brilliant. Some would add the 17th as well to that list. The 369 yard par four thirteenth is a world-class hole that doglegs to the left off the tee. Dye made extensive use of sawed off telephone poles in the bunker right of the green. As with many great short par fours, it is a classic risk-reward hole where the further to the left you hit the ball the more you will be rewarded, but it also brings the flowery hazard to the right into play.

The par five fourteenth is a big hole in all respects. It is 639 yards from the back tees, the fairway is big (100 yards wide) and uneven. The bunker on the right side of the hole is mammoth and the green is challenging.

Sixteen is a challenging 200 yard par three that plays over a gorge to a relatively small, well-bunkered green. As the number sixteen stroke index hole, it’s a doozy. After failing several times to finish the hole, Fred Jones installed a full size hangman’s noose on the branch of the magnificent 270-year-old white oak that overhangs the green.

Like Garden City Mens Club, Pine Valley and Augusta National, the Golf Club is an all-male club. Although, women are allowed on certain days and during certain times if they are with their husbands. We came away with a very favorable impression of The Golf Club, and we think that these lesser known courses by Pete Dye, such as this and the Honors Course in Tennessee, surpass his better known courses such as Whistling Straits or the TPC Stadium course.

The Golf Club is challenging but is the type of course you can play every day and not tire of because it is a great walking course. The locker room at The Golf Club is in a similar style to that at Seminole and Ocean Forest, with lockers on the outer walls and seating in the middle.

The bridge over Blacklick Creek on the sixth hole has an old railroad box car as a bridge. There are plenty of pictures of this online. Here’s a view from the Google maps satellite. 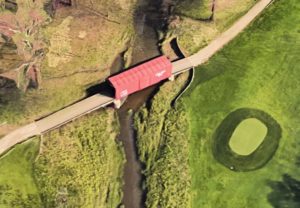 The club history states that The Golf Club, “…was not founded as a family recreation or amusement center. It was founded as a men’s club without the need for starting times and with the excitement and turmoil which too frequently results from the crowds attracted to a multipurpose sports or recreation club.” Translation: leave the women and children home.

This is a spectacular golf course with everything you could ask for an it’s so close to home. The key will be finding one of those 150 members to host you if you want to play. Which is nearly impossible. 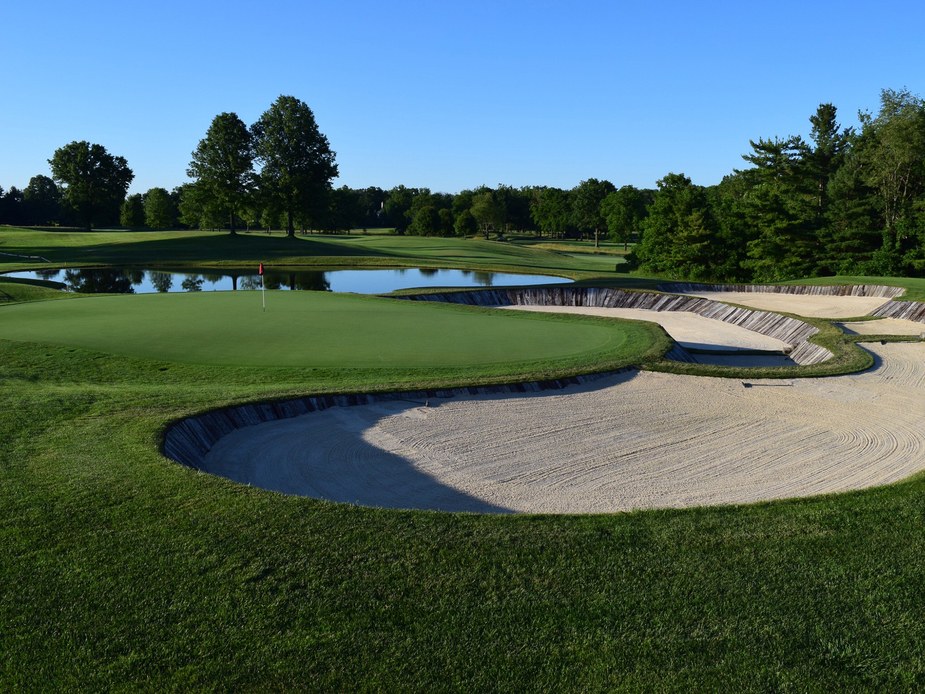 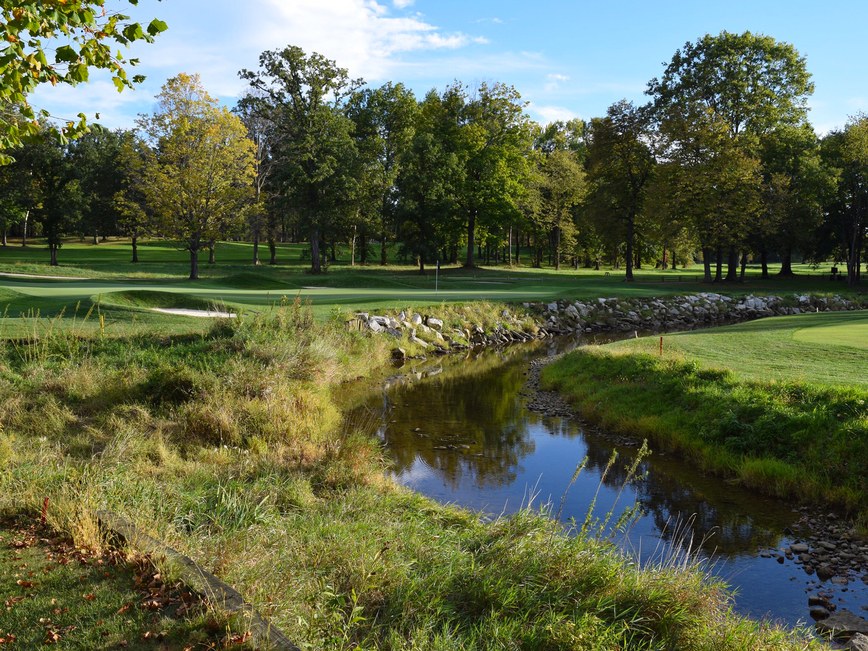 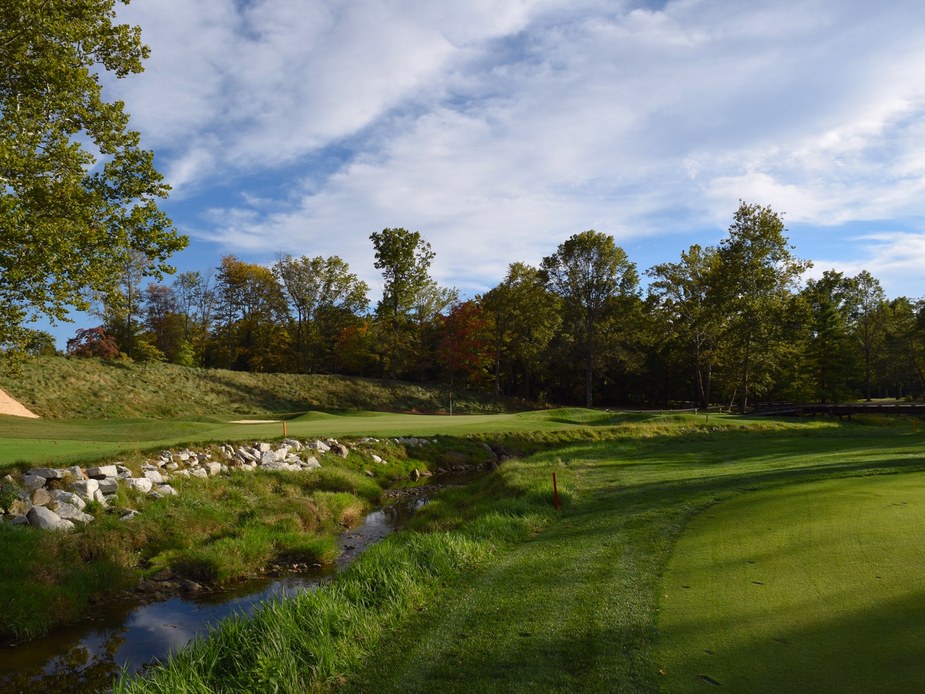 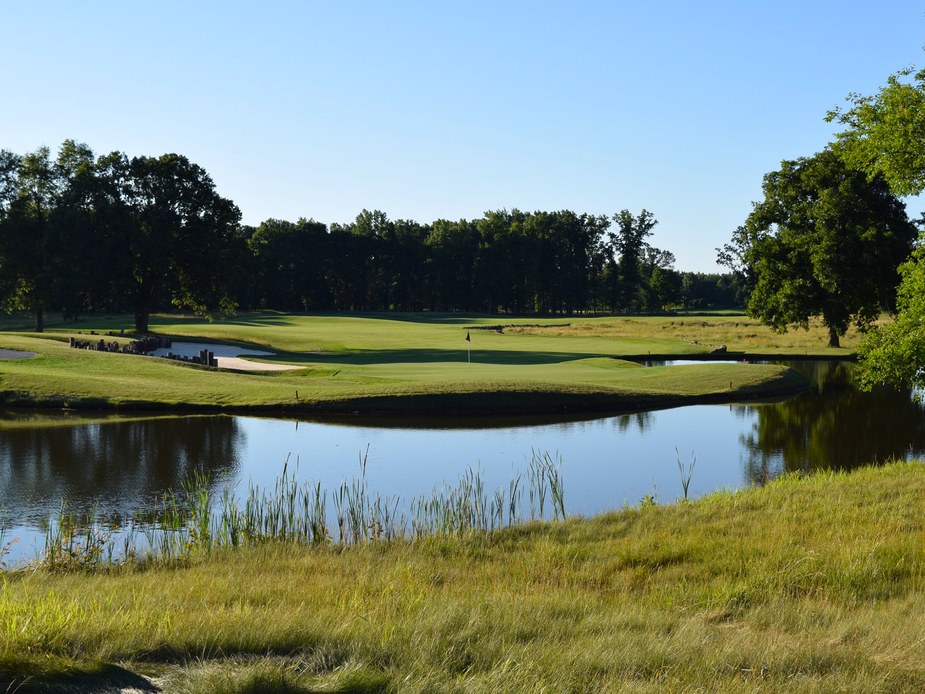